CEO Council for Growth member and Greater Philadelphia Energy Action Team Chairman Phil Rinaldi submitted the following testimony on City Council Resolution 150072, which authorized the creation of a “Special Committee on Energy Opportunities for Philadelphia,” to continue to investigate the potential to establish the City of Philadelphia and the region as an energy hub. A hearing was held on Friday, March 13th to discuss more about the ways that Philadelphia can become an energy hub. Below is the testimony:

Council President Clarke, Special Committee on Energy Opportunities for Philadelphia Co-Chairs Henon and Tasco, and members of City Council – I offer my thanks and my appreciation for this opportunity to provide testimony in support of the Committee’s investigation into the potential of establishing our region as the energy hub for the northeastern portion of the United States.

This Committee has provided guidance regarding today’s testimony requesting that witnesses particularly comment on matters pertaining to the use of Public Private Partnerships, and to business opportunities relating to Philadelphia Gas Works. I hope that my testimony will provide some issue insight to the Committee.

I would be pleased to answer any questions that you might have after I complete reading this prepared statement into the record.

Although many of you know me, I will introduce myself for the record.

I am the Chief Executive Officer of Philadelphia Energy Solutions, the company that owns and operates the Point Breeze and Girard Point refineries located on the former Sunoco refinery complex in South Philadelphia.  Among PES’ business goals is the development of a world-class energy port at the site generally known as Southport, motivated in part to take advantage of opportunities that would arise should the Northeast Energy Hub initiative come to fruition.

I am also Chairman of the Greater Philadelphia Energy Action Team – a coalition of more than 80 key energy industry executives, operating in collaboration under the auspices of the Chamber of Commerce, the CEO Council for Growth, and Select Greater Philadelphia. GPEAT’s mission is to prepare the commercial, economic and political foundation that will stimulate development of a major new project to bring dry Marcellus shale gas to the City in a pipe or series of pipes adequately sized to meet both present and future industrial needs.

My testimony today, particularly as it relates to future business activities anticipated at Philadelphia Energy Solutions, will be circumscribed by the so-called “Quiet Period” restrictions that are imposed on the company by the Security Exchange Commission pursuant to the process underway as we take the company public.

A Northeast Energy Hub – Why Philadelphia?

Philadelphia Energy Solutions is presently two and a half years old, and the Greater Philadelphia Energy Action Team is just a bit younger. During this time I have been struck by just how enthusiastically many of the energy-centric ideas with which I am involved have been supported by government at the Local, State and National levels, by many segments of organized labor, and by the regional business community at large. This extraordinarily deep regional support is one of the foundational pillars on which the prospective creation of an energy hub rests.

I frequently and passionately advocate for the development of Philadelphia’s energy infrastructure to take advantage of the proximity of Pennsylvania’s abundant Marcellus Shale natural gas reserves.  I will do so again today because it is a matter of importance, and it is a matter of urgency.

And why is this urgent? The opportunity to create an energy hub in Philadelphia exists because the natural gas reserve life in the Marcellus is measured in centuries, not years. The value of that gas will remain trapped in the shale unless and until new consumers compel additional production. And major new consumers cannot come to fruition unless the resource comes to where it is needed. The economic drivers to take advantage of the abundance of Marcellus gas are so strong that there are many smart, well-capitalized companies throughout the country working on figuring out how to take advantage. There is a proverbial “window of opportunity” to make that location Philadelphia, but make no mistake, competition from gas short regions in New England, from chemical production centers like Houston, and from industrial centers in Ohio, and export centers in Maryland are causing that window to close. It is a race – let’s win it for the home team!

I applaud the continued interest that City Council has shown with regard to developing the energy base in Philadelphia, and acknowledge your essential role in ensuring that the interests of City, broadly considered, are carefully weighed. Carefully, but with an eye on that closing window of opportunity!

The potential to have Philadelphia serve as the natural gas energy hub for the northeastern portion of the country rests on three critical elements:

As this Council well knows, the recent track record regarding the attempt to privatize Philadelphia Gas Works has cast doubt on the ability to get a major deal done. That doubt is compounded in some quarters by the perceived present tensions in Harrisburg over energy development matters.

Personally, I am confident that the Wolf administration will ultimately be an enabling force to stimulate the kind of development needed to create a regional Energy Hub in Philadelphia.   So I applaud the Council’s courageous willingness to take on the issue of PGW once again at this time. It is no exaggeration to say that the eyes of the business community are watching keenly and hopefully.

Why is an Energy Hub Important to Philadelphia Energy Solutions?

Once Marcellus Shale gas is abundantly available in the Greater Philadelphia region, industries that depend on natural gas, either for its energy content or for its utility as a chemical feedstock, will take root and grow, creating an intense level of new economic activity that will benefit PES as well as the rest of the region.

But on a more particular basis, PES has identified several high quality projects that can add great economic value to natural gas.

This substantial increase in PES’ productive capability ties in directly with our interest in creating a world scale energy port at the Southport property managed by the Philadelphia Regional Port Authority. This site, up to 273 acres in size depending on parcel division, would be a material asset to PES as a place where petroleum could be received by ship or be moved to export markets by ship. The property is just a few miles from the PES refinery complex and easily connected by pipelines that would run through industrial property.

The highly refined products that would be made possible by the hydrogen production noted a few moments ago would fetch a premium in European markets, so it becomes a great export addition. Granular urea is a dry bulk commodity that is shipped to markets around the world expanding export capabilities for value added product, not just raw materials.

And of course, once there is abundant natural gas availability in Philadelphia, a vigorous LNG business can be conceived, and LNG businesses are natural to be located at an energy port. Large-scale LNG exports are not very practical from Philadelphia for a variety of reasons, including the fact that the deepened river will not be deep enough, nor the bridges high enough to allow passage of international class LNG ships. Nevertheless, there can be a coastal trade in LNG supplying the short New England market. There are novel containment systems that would allow transport of LNG in container ships to supply boutique markets. There will be a growing business to supply LNG to fuel ships as they phase out of burning bunker fuel in the coastal zones. It is possible to think about local fueling options like fueling fleet vehicles or creating retail LNG or CNG fueling stations.

Why is PGW Important to Energy Hub Development?

PGW is important to the Energy Hub discussion for two reasons.

First, how resolution of PGW’s situation is handled will send strong signals to the investment community as to whether or not there is the political will to progress energy business in Philadelphia. Thankfully, this Special Committee is breathing new life into the opportunity.

Second, and more tangibly, there are certain assets in PGW, like its LNG plant, LNG storage facilities, and pipeline interconnections that could play a central role in Philadelphia’s energy future. Whatever form the future takes for PGW, those assets will need to be available for development, free from the historic restrictions inherent in PGW’s current ownership structure as a municipally owned utility.

I have often expressed, both privately and publically, that the development of Philadelphia’s energy future does not depend on whether PGW’s regulated residential gas business becomes privately owned or remains municipally owned; the important issue here is how to best get the developable assets of PGW into constructive ownership.

There is an illustrative example of why PGW cannot compete in the commercial world operating as a quasi-governmental entity. Two years ago as PES began to develop our North Yard Rail Terminal, it looked like we would need a 20-foot right of way along a PGW fence line in order to run a large diameter crude oil pipeline. The property in question is unused, had not been used for many years, and there were no plans for its use. Nevertheless, PGW advised that it would take probably 6 months to get all the necessary approvals, first from its management, then from its Board, then from the City’s governing Board followed by perhaps the review of the City Council at large. Whew! Needless to say, that is not very commercial and we found another way. As a footnote, we also discovered that the property for which we were trying to obtain a right of way was actually owned by PES – the PGW fence line was built on PES property!

So where would an Energy Hub be located? One possibility is that certain property presently owned by PGW has great proximity to a primary new gas customer, Philadelphia Energy Solutions, and that property is already crossed with many pipelines to support distribution from the Hub. That is not the only site that could host the Hub, Southport Energy Port would be another great candidate, but the PGW site has many advantages that cannot be tapped under present structure.

PGW’s existing gas liquefaction plant and LNG storage tanks are the other assets with great commercial potential as described earlier.

Once Hub gas is available, PGW would be in an excellent position to be the gas supplier to the industrial customers, greatly expanding its revenue potential.

A Public Private Partnership would be an effective structure to get those assets into the commercial structure that would be capable of developing them, while still keeping the City involved economically so it can have a stake in future success.

I can think of no conceptual reason why a P3 could not be made to work for the regulated side of PGW’s business, i.e. the supply and distribution of residential gas. But it is difficult to see how there could be enough profit and profit growth potential in that part of the business to attract private capital. This is especially true since the residential gas supply portion of PGW’s business fulfills worthwhile but non-remunerative social goals that reduces cash flow, and there is a significant latent capital expenditure burden to bring its pipe network up to current standards that further reduces net cash flow.

Thank you for hearing my views. I will now be pleased to try to answer any questions that you may have. 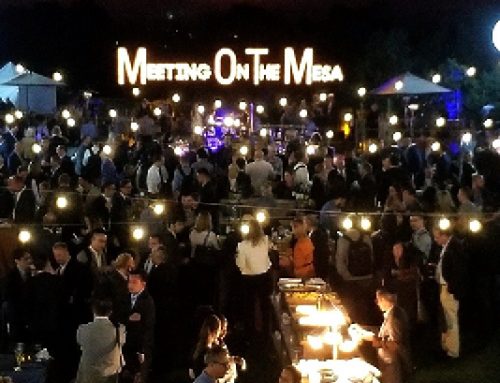 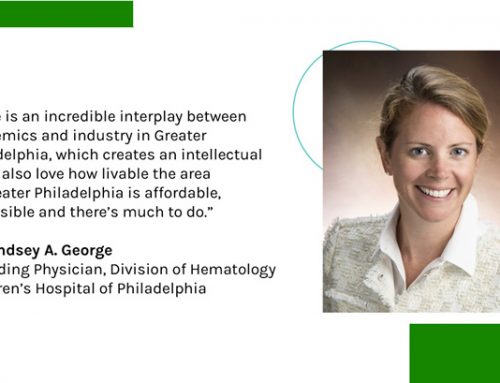 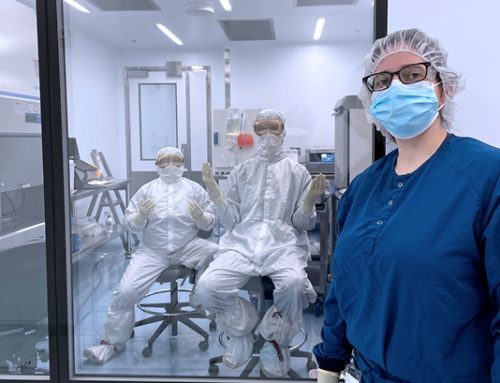